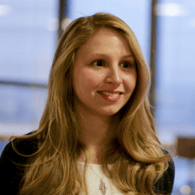 Platform (ESP) is, we’d like to share some insight into the team that helped get us here. To this end, we’re starting a new blog series called “Lab7 in 7 Questions” (we are Lab7 after all, not Lab4 or Lab5). In the first installment, the spotlight is on Alexandra Hubbard, one of the first peopleto join Lab7 in July 2012.


Question 1: What is your role at Lab7 Systems and how many different hats do you wear?
Alex: I am a research scientist and QA engineer. Like everyone at Lab7, I wear many hats; sometimes my role involves working with the developers on feature integration and software testing, while at other times I'm evaluating grant opportunities and providing support at conferences. One of the things that I love about Lab7 is that no matter what your background or defined position, you work on projects that challenge your perspective of the scientific industry. The flexibility within roles keeps me on my toes and allows me to fully appreciate the incredible progress we're spearheading at Lab7.

Question 2: What made you want to join Lab7?
Alex: Before Lab7, I worked in both academic and industrial wet labs for a number of years. During that time, I saw a huge shift in methodologies and knowledge base; more science was being done with and based on genomics. Scientists were spending less time in their lab coats and more time on their computers, learning about data analysis. I saw going into this space and joining Lab7 as part of the natural progression of modern scientific researchers. To be a part of building a product from the ground up that is helping scientific researchers is icing on the cake.

Question 3: What do you think is Lab7’s biggest challenge?
Alex: There are many challenges in this space but one that sticks out to me is effectively demonstrating to potential customers just how important and powerful a tool Lab7's ESP is. It's analogous to telling someone that they've been riding a bicycle and taking four hours to get work every morning when they could have taken the train and caught up on the news in 40 minutes. You can do these things yourself, but at what cost to your productivity? I love riding my bike but I certainly don't want to feel forced to do it for eight hours a day, every day. We meet so many people that are doing science like this - good people who are slowly moving the needle forward with their own time and energy, stuck on repetitive tasks when they could be doing valuable research.

Question 4: Do you have any significant career influences you’d like to share?
Alex: Most of the drive and motivation in my career has come from ordinary people whose passion and enthusiasm have lifted me up when I needed it most. I got a fair bit of backlash when I left the wet lab, specifically from individuals who felt as though they had invested a lot of time and effort into my training only to see me "throw it away for computers." What they could not see was that I was applying my knowledge and skill set towards a different and greater goal of creating new tools and methods to use in the lab for future scientists. All the same, I felt intimidated and lost when I found myself working with software for the first time. It was, and continues to be, a steep learning curve. Meeting other people who have also made industry jumps has motivated me to look at the situation as a constant opportunity to learn something new.

Question 5: Who is your favorite scientist and why?
Alex: This is a difficult question because all scientists are awesome. However, I do think everyone should know about Dr. Barbara McClintock. McClintock was a cytogeneticist whose work included demonstrating chromosomal crossover and transposition. She went to school and worked during a time when many female scientists received little to no credit for their contributions, and throughout her career her work was belittled, criticized and questioned. McClintock persevered and continued her research late into her life and was awarded the Nobel Prize in Physiology or Medicine in 1983. The rejection of her work solely because of her gender only served to delay scientific progress in the field. I think her story is important because we as scientists need be vigilant about societal norms and biases that influence what is supposed to be a bias-less discipline.

Question 6: What do you like to do for fun?
Alex: During this time of year, I volunteer as a community tax preparer for Foundation Communities, a local Austin organization that assists lower-income individuals, people coming out of homelessness, and families that are displaced for a variety of reasons. Coming from a single-parent, lower-income home myself, it brings me a lot of joy to see just how the simple act of helping someone do their taxes translates into meaningful change and movement for them and their families. These are individuals who, with their tax return, are able to send their child to college for the first time or to purchase a new vehicle to get to better employment. It's such a great experience!

Question 7: Is it true that you live in a shipping container? How does that work?
Alex: Building a house from shipping containers is incredibly challenging but also rewarding. I love the idea of designing and building something with your own hands. It's this "slow living" that forces us to prioritize what is most important in life and for me, I have never more fully appreciated plumbing and insulation.

This entry was posted in L7 Informatics News